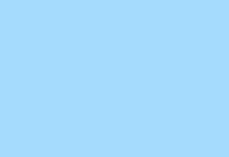 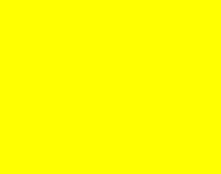 Boarbank at Grange-over-Sands. Some churches may have a prayer request book. Many Catholics are dedicated to pray, for your request.

A very busy bunch of lovely folk doing good works as the Catholics and Anglicans are. Methodism has traditionally had its roots in the Word of God and so their lifestyles are such as to avoid many of the pitfalls that require ‘healing’. This is not meant to be patronising. Of all the denominations, I have found the Methodists to be the friendliest folk to be amongst and their services and songs are to my liking. However, as regards specific ‘healing’ ministry, their appears not to be any. Perhaps you can find it, try www.cumbriamethodists.org.uk

Most, if not all such churches have people involved in the healing ministries and the laying on of hands for healing.

One can usually ask for such a ‘service’ at the end of a meeting and it is often a part of a the worship meeting.

Most towns have independent Charismatic and Pentecostal Churches.

I have been blessed by much of my experience with the independent charismatic and Pentecostal, ‘born again’ type churches, however, I recommend that you consider this warning before proceeding.

The open-ness and free worship and promotion of the gifts of the Spirit do lay open such churches to the infiltration of unhealthy influences.

Sadly there are no ‘healing rooms’ in Cumbria. Neither is there a Christian Centre, not even in the ‘Great Border City’ of Carlisle, where there are currently (at least) 36 churches. It is not unreasonable to assume that the Holy Spirit might create a special place in the city where people can leave their prejudices behind and enter into a safe place of care and love and prayer.

The ‘church’ often falls over itself to be liked and reaches out to people with good works, often not appreciated and often the return for the ‘church’ is zero.

Perhaps it is time for more ‘in-reach’ rather than ‘out-reach’. If the ‘church’ had the reputation of looking after one another, that in itself would be a witness and an attraction to others on the outside, looking in.